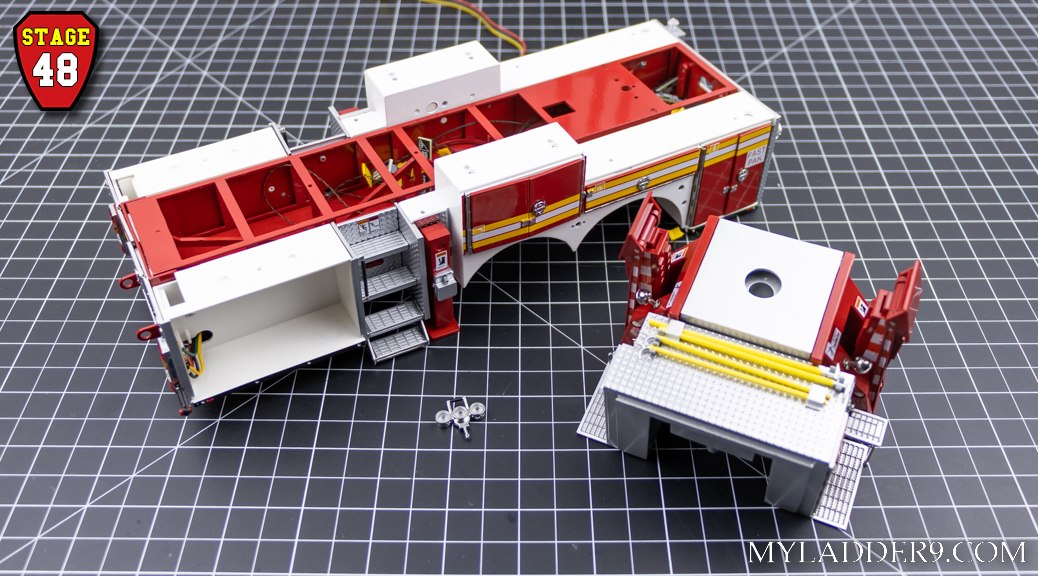 Return to the BUILD

“Next, you’ll assemble the rear-right light cluster and some accessories before attaching the three cupboards to the right-hand side compartment frame.“

This stage will follow many of the same steps found in Stage 40. 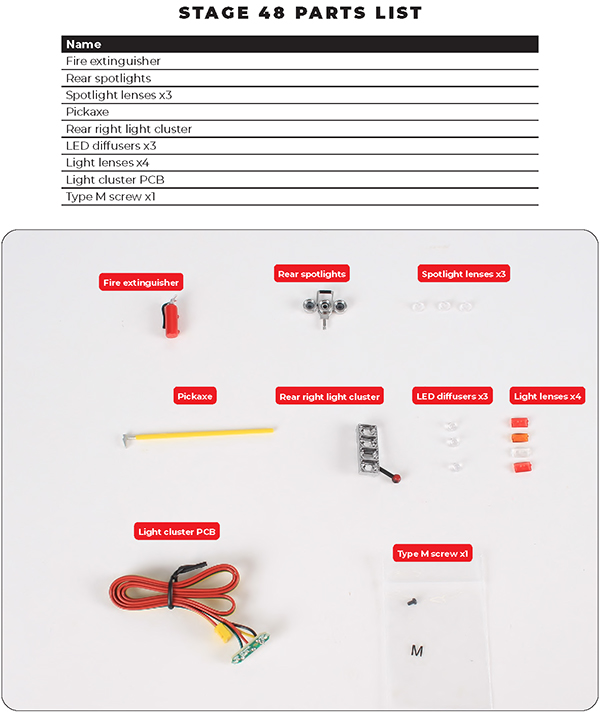 Materials: The non-electronic parts in this stage are all plastic.

NOTE: Save any spare screws left over at the end of each stage of this build. They may be needed in later stages!

The four Light Lenses need to be installed in the correct order. From top to bottom, the first lens is a red tail light, the second is an amber directional turn signal, the third is a clear reverse lamp, the fourth is a red emergency light: 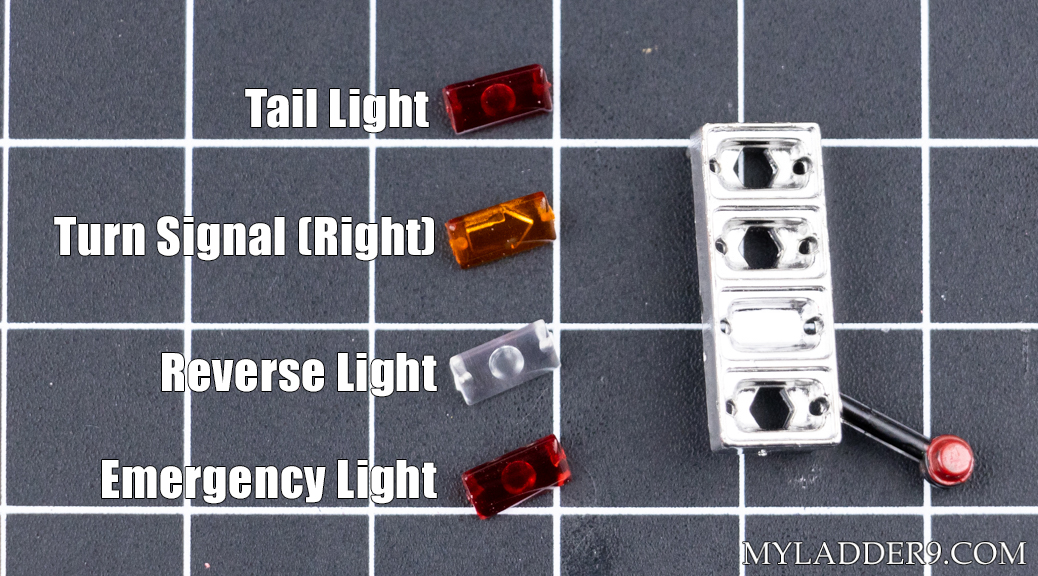 Press the two pins of each Light Lens into the appropriate matching holes of the Rear Right Light Cluster, as shown. Make sure the arrow on the amber turn signal is pointing to the right. Use a bit of white PVA glue (which dries clear) as needed. 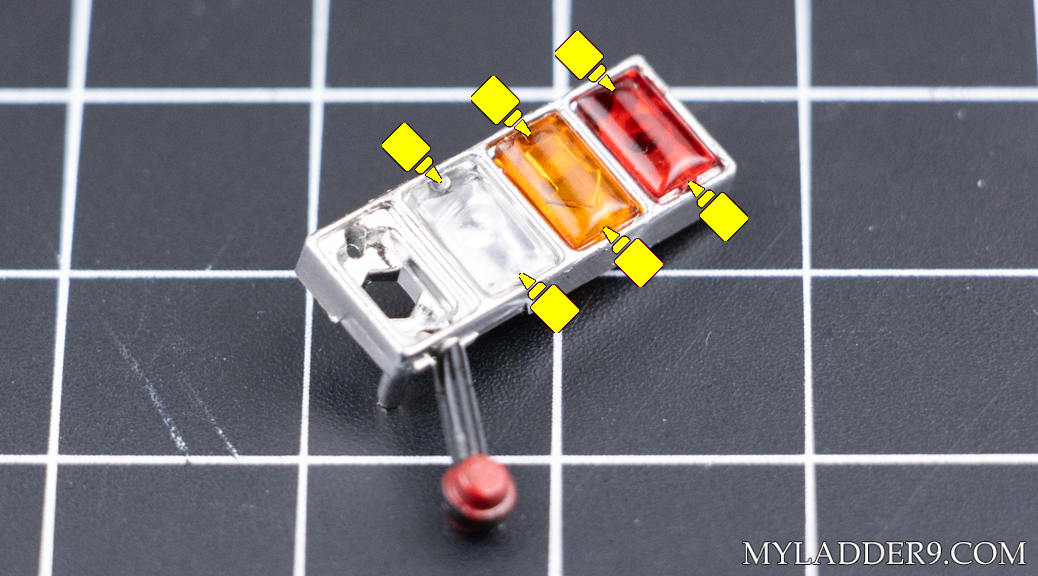 NOTE: I have been adding lighting to my model, which is why you may see tiny extra wires throughout this stage. For more information, check out the entire process in detail on my Custom Lighting page. 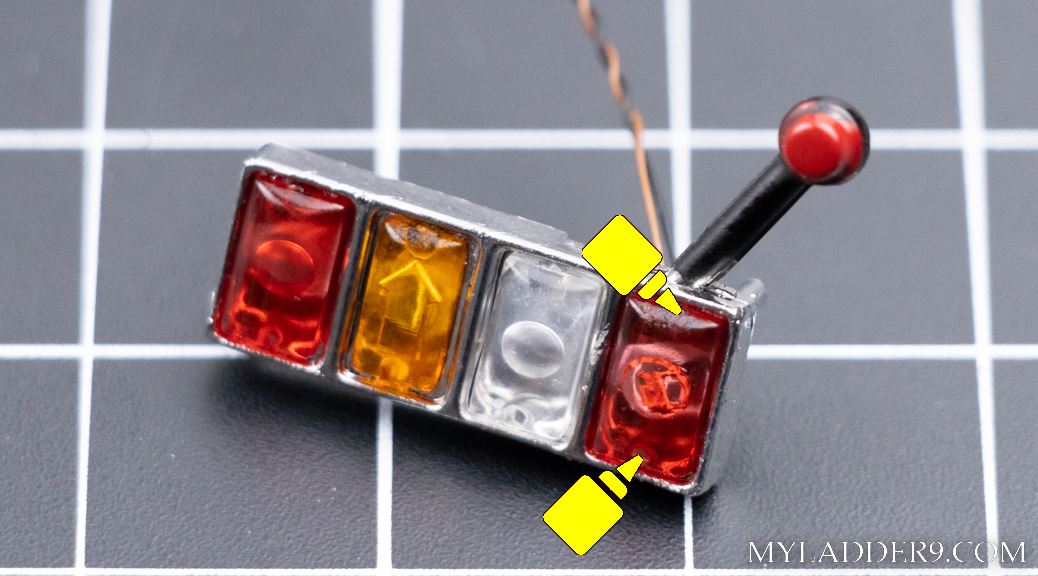 Press the rounded ends of the LED Diffusers fully into the three holes of the Rear Right Light Cluster behind the lenses, as shown.

NOTE: As I am adding my Custom Lighting to the Emergency Light of this cluster, I did not install the bottom LED Diffuser here. I did save it to be used with my Rear Beacon mod coming up soon: 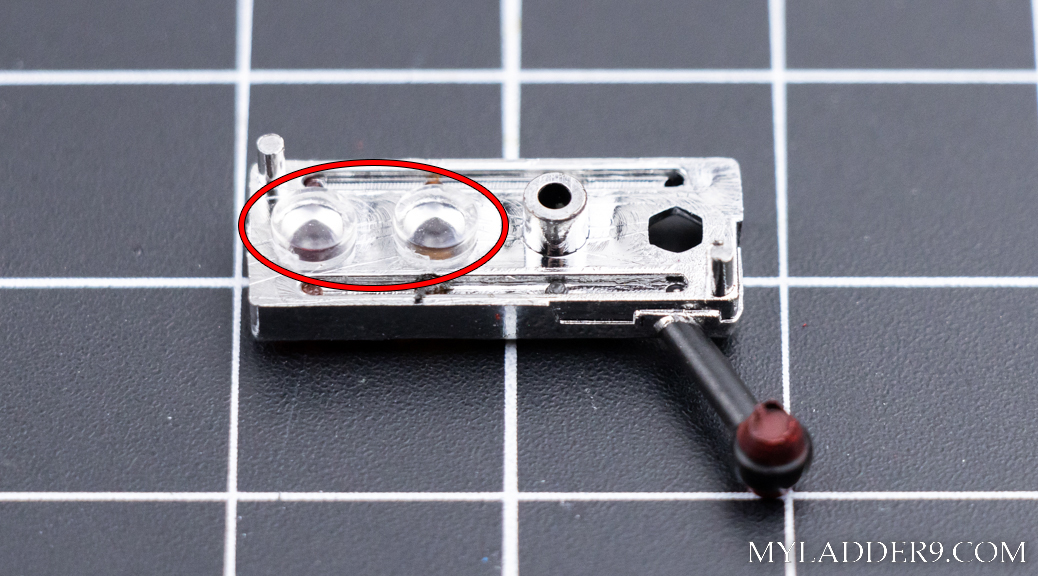 Fit the Light Cluster PCB onto the rear of the Rear Right Light Cluster as shown, and secure these parts with one (1) Type M screw: 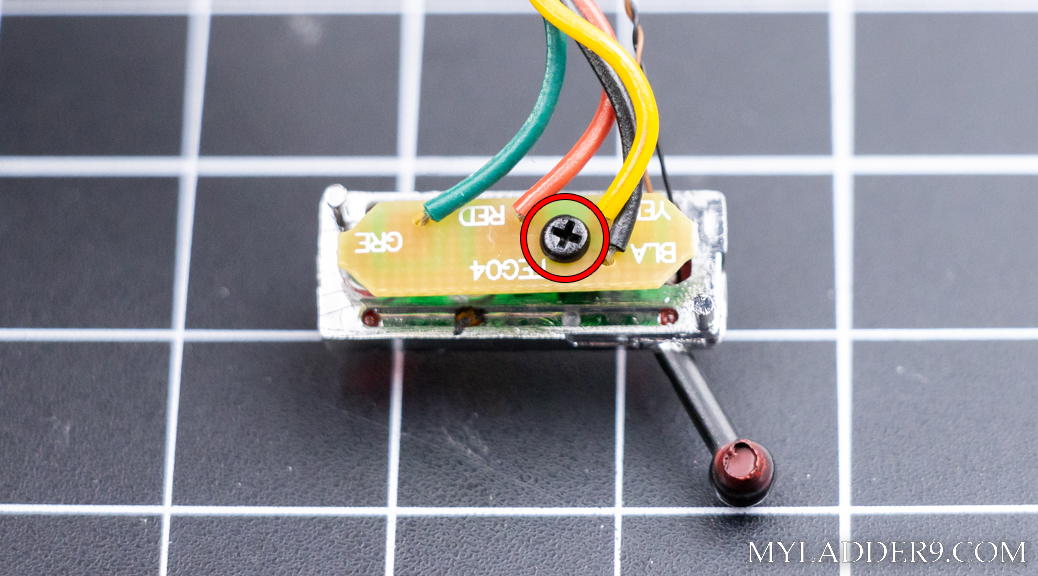 Retrieve your Box Frame assembly from the previous stage. Feed the plug of the Light Cluster PCB through this right side opening of the Rear Panel, as shown: 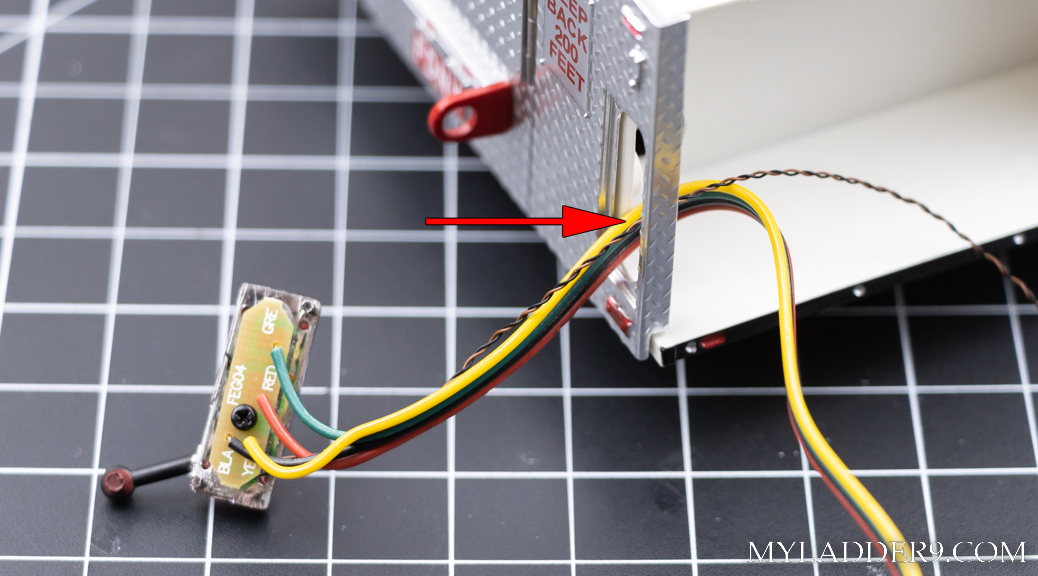 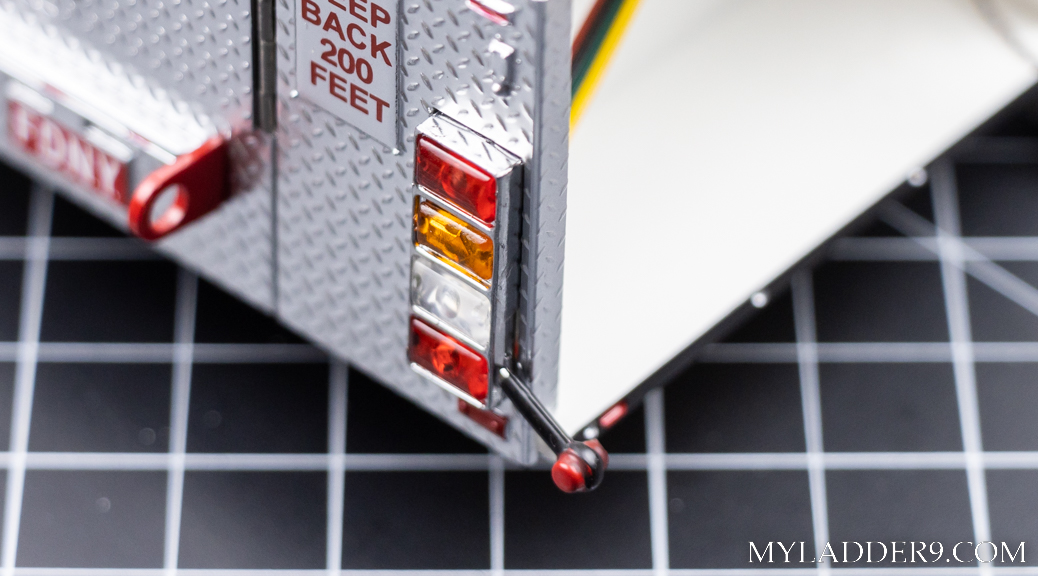 Feed the plug of the Light Cluster PCB through this opening in the rear Storage Compartment, as shown: 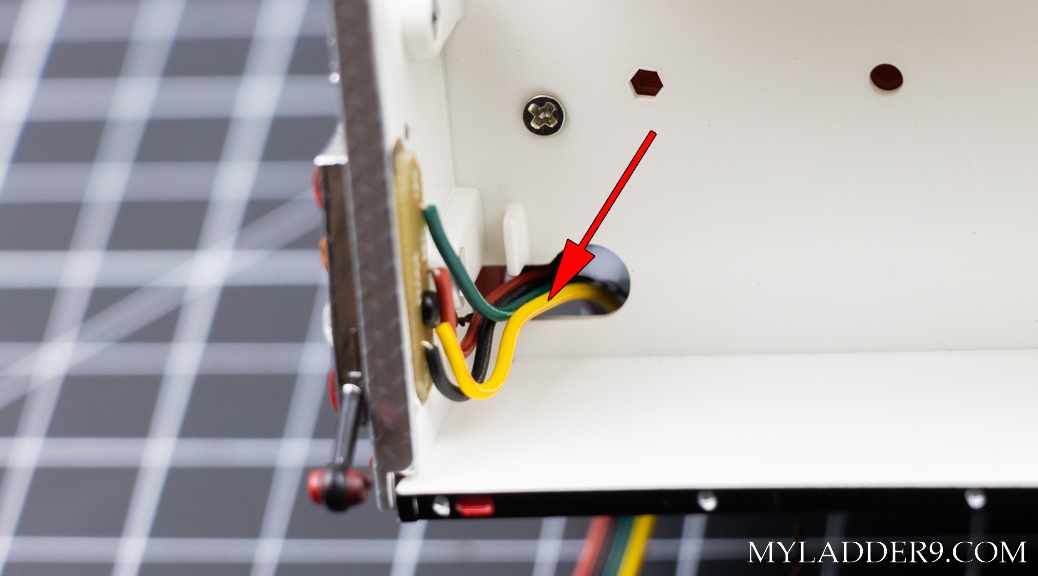 Apply a drop of PVA glue into each of the three round openings of the Rear Spotlights and fit a Spotlight Lens into each one: 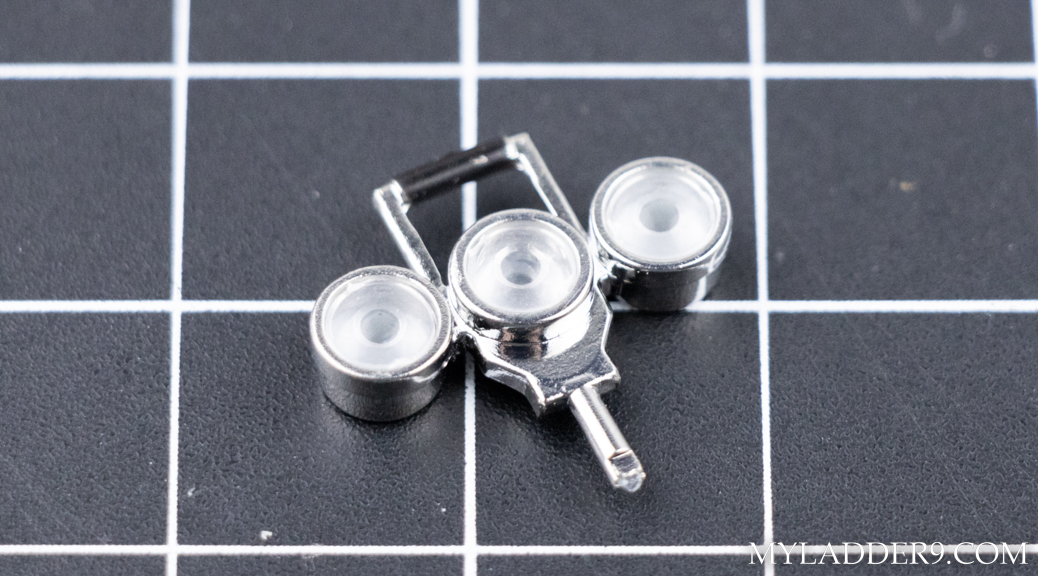 Slide and clip the Pickaxe into the holders on top of the Body Midsection, as shown: 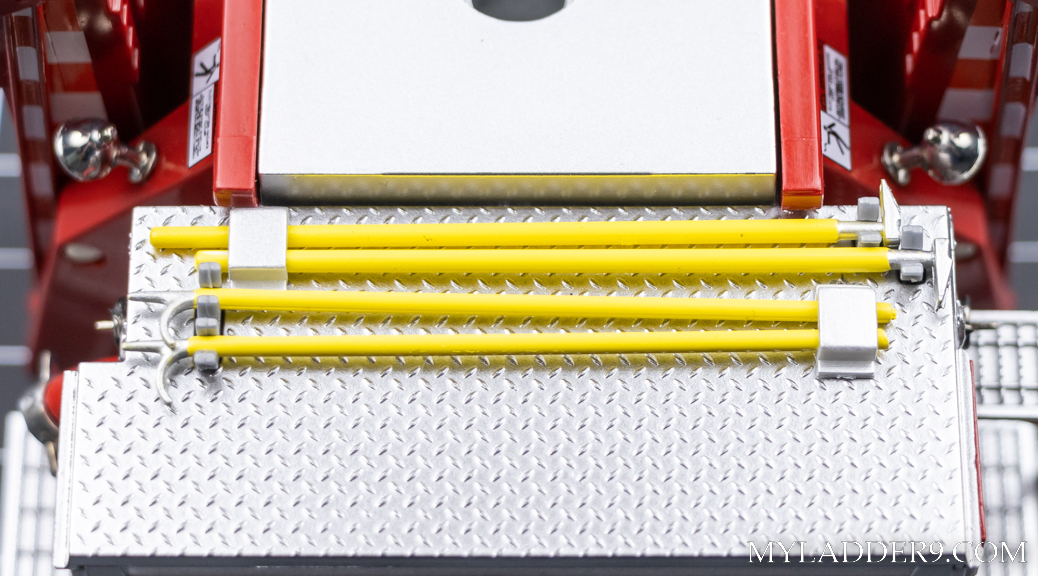 Retrieve your Storage Compartment assembly from Stage 43. Fit the two pins of the Fire Extinguisher into the matching holes inside this compartment, as shown: 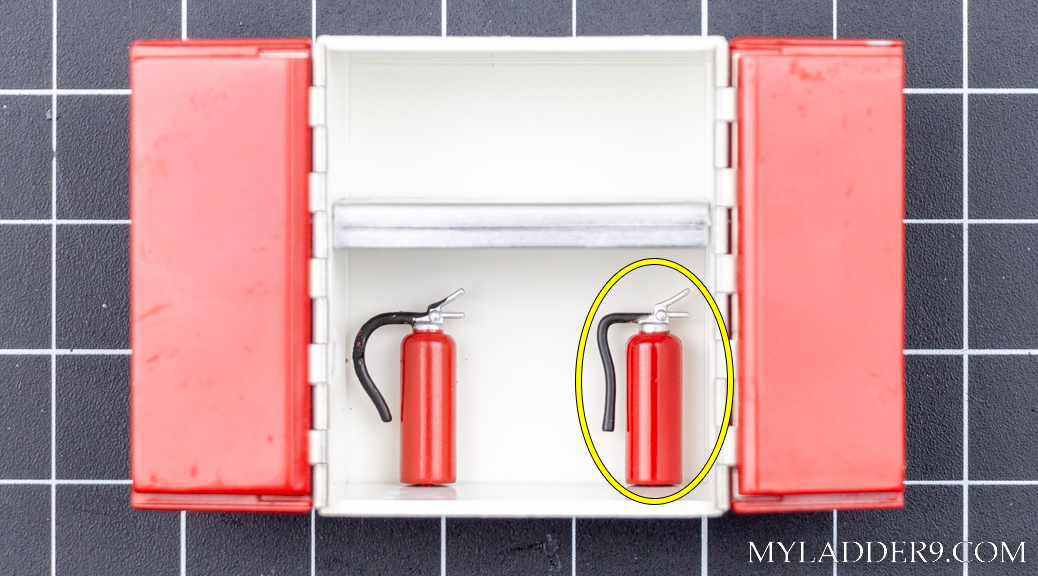 If this compartment does not sit flush, you may want to use a sprue cutter to snip off the tips of the short white side posts that align the door hinges: 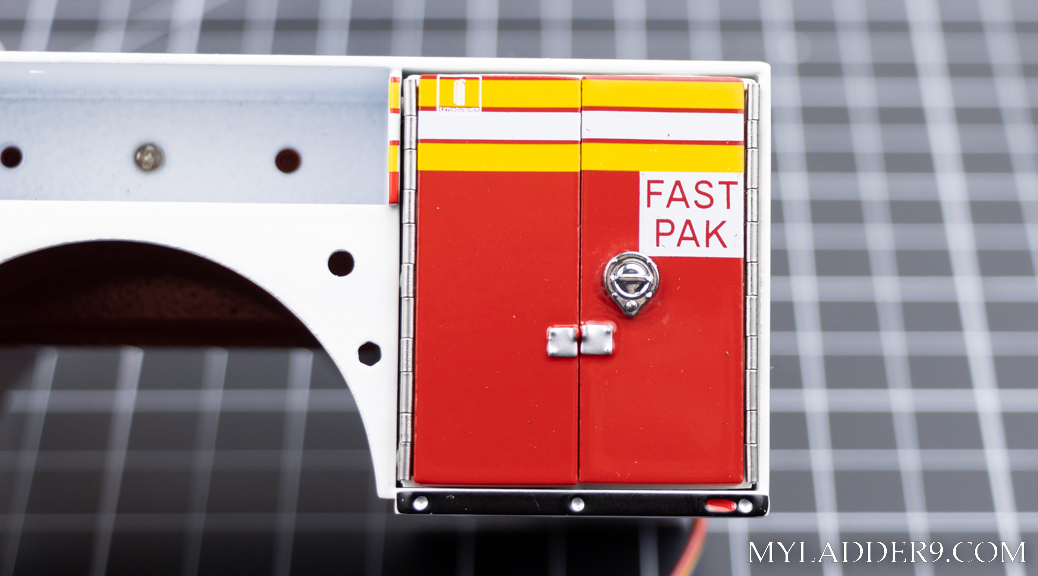 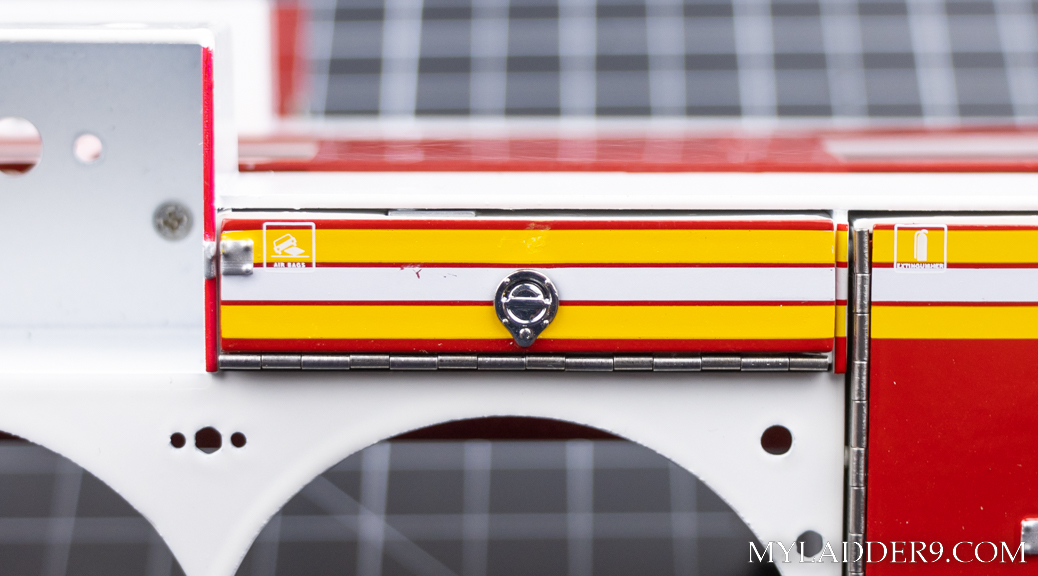 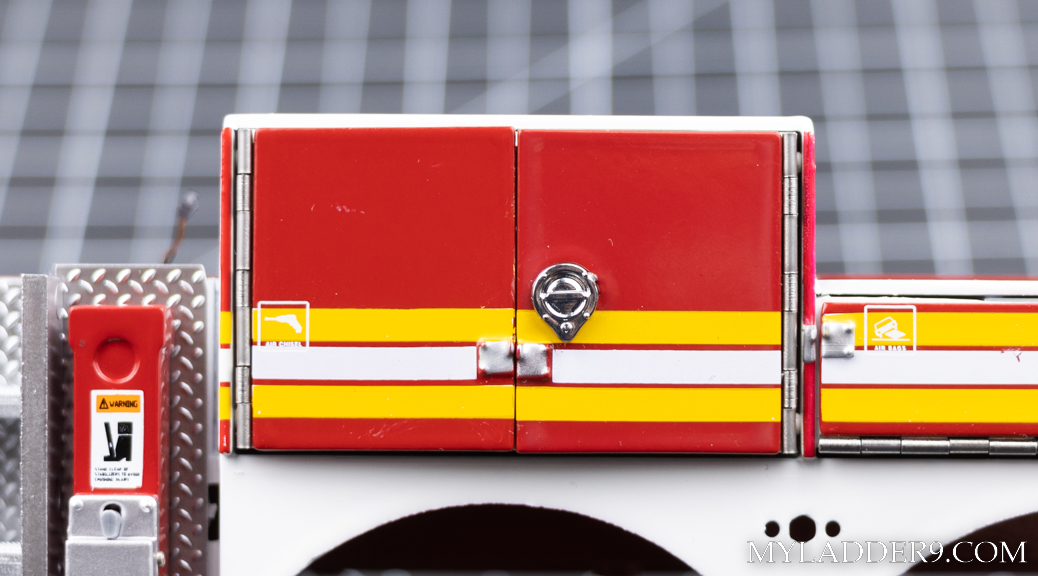 Retrieve your Rear Body Section Front Panel from Stage 30 and the two (2) Type H screws from Stage 32. Fit the outer posts of this Panel into the forward ends of the two side Compartments, as shown. 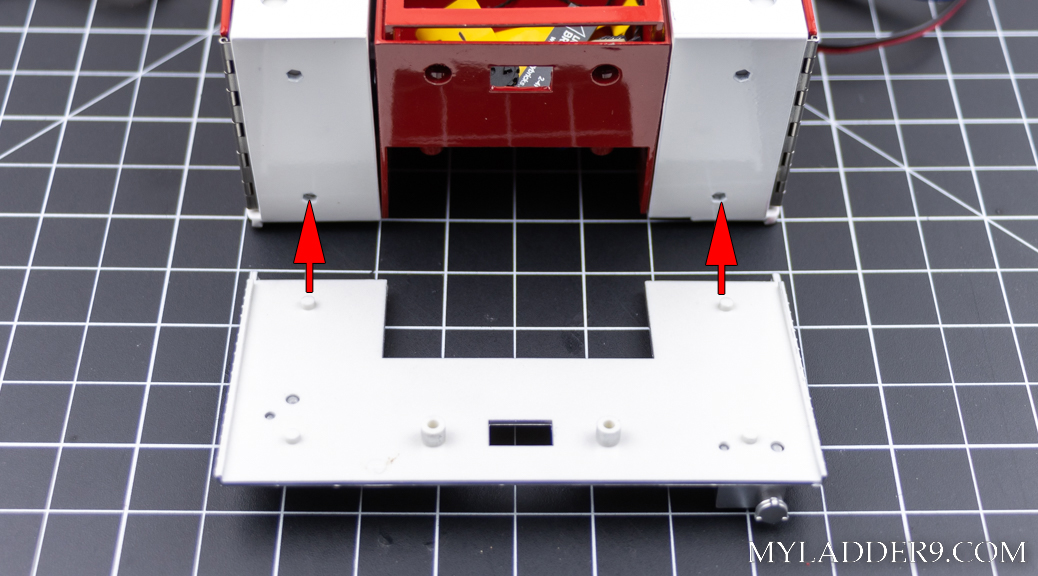 Secure the center two posts of this Panel to the Box Frame with two (2) Type H screws.

I actually forgot to do this step, but it doesn’t matter really as I actually glued the outer pins into the side compartments so the panel would sit flush. Besides, the angle needed to drive the Type H screws in is quite tricky to work with anyway.

Make sure the outer edges of this Rear Body Section Front Panel are overlapping the edge of the side Compartments, as shown: 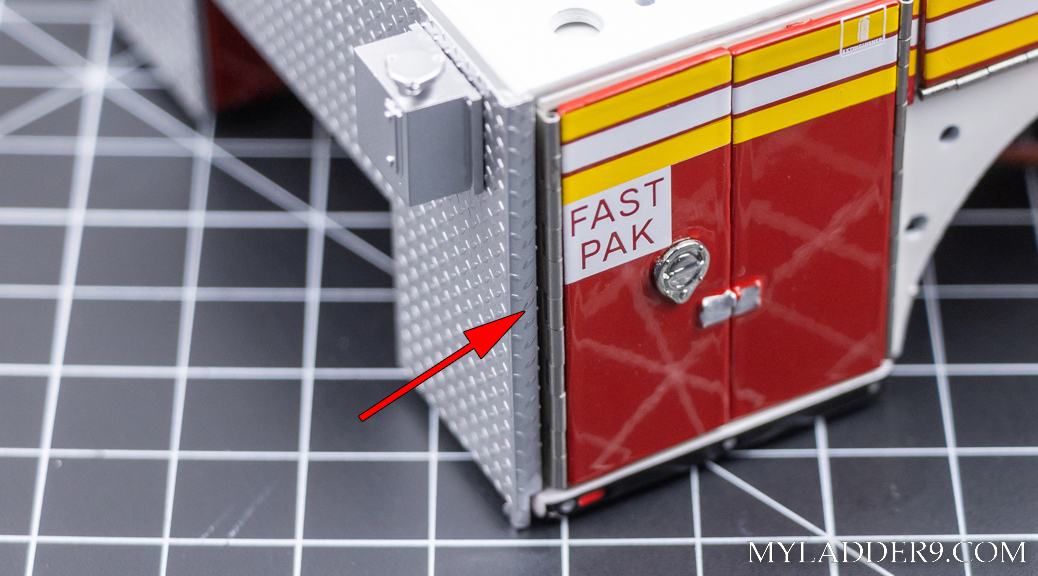 We are cruising right along with the rear of our FDNY Tower Ladder 9 fire truck! Keep the Spotlight assembly somewhere safe until it is needed later in the build.