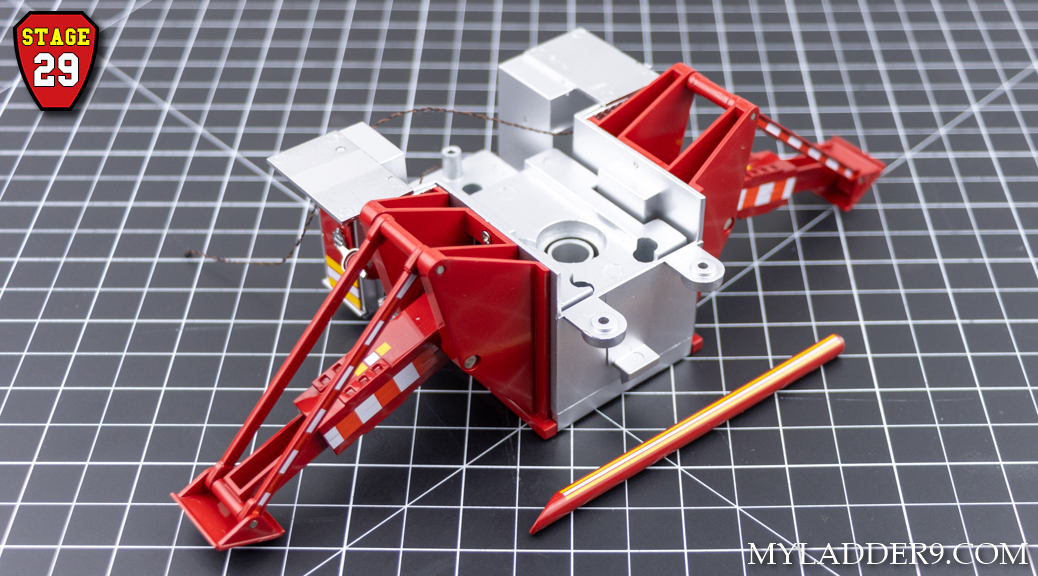 Return to the BUILD

“Next, the heavy body midsection base is installed.“ 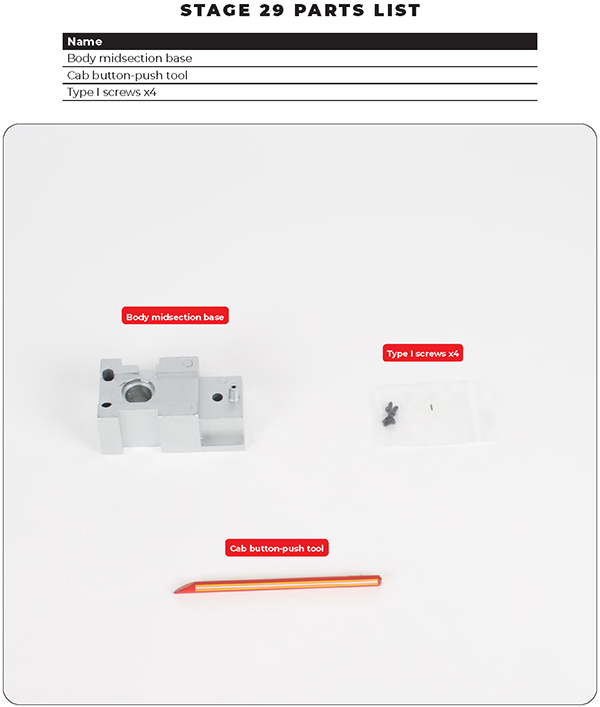 Materials: The Body Midsection Base is metal, while the Cab Button-Push Tool is mostly plastic with a metal base.

NOTE: Save any spare screws left over at the end of each stage of this build. They may be needed in later stages!

Attach the Body Midsection Base 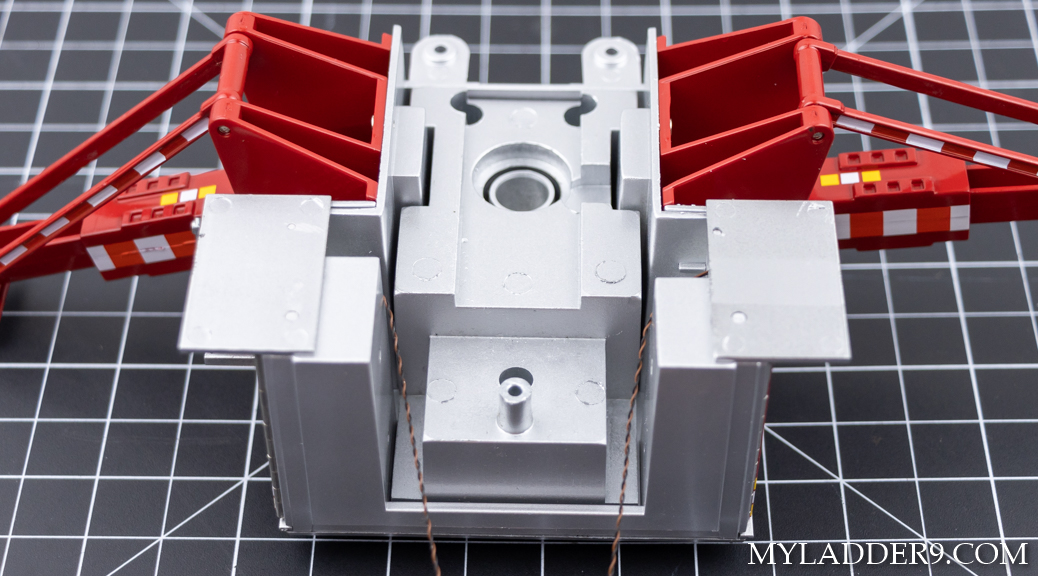 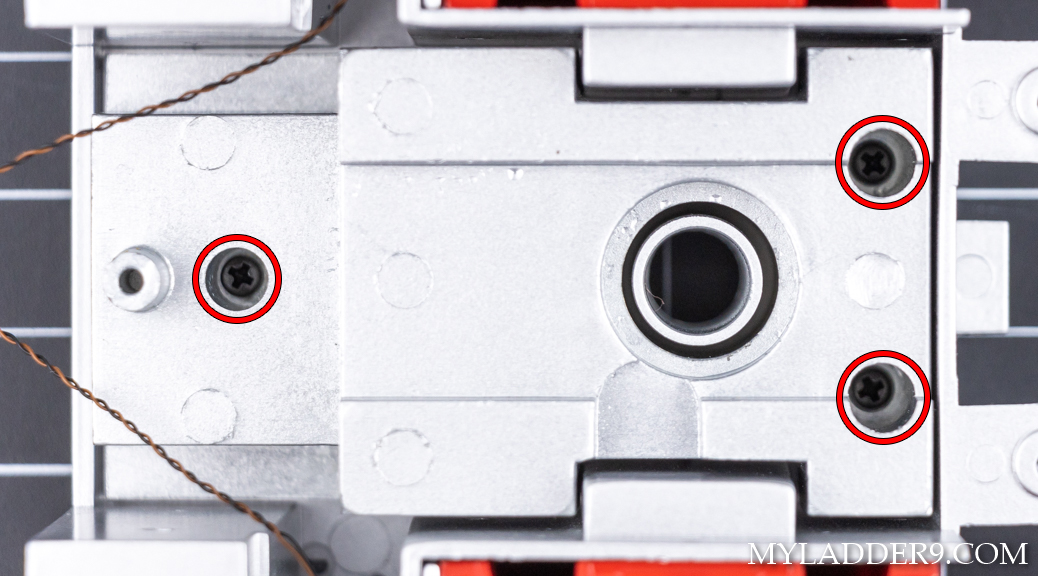 That step completes this stage. As for the Cab Button-Push Tool, it will be used to operate the Push Buttons inside the cab once the model is complete. The angled end is for the buttons on the Dashboard and the flat metal disc on the other end is for pushing the button on the Steering Column. Keep this tool stored somewhere safe until then: 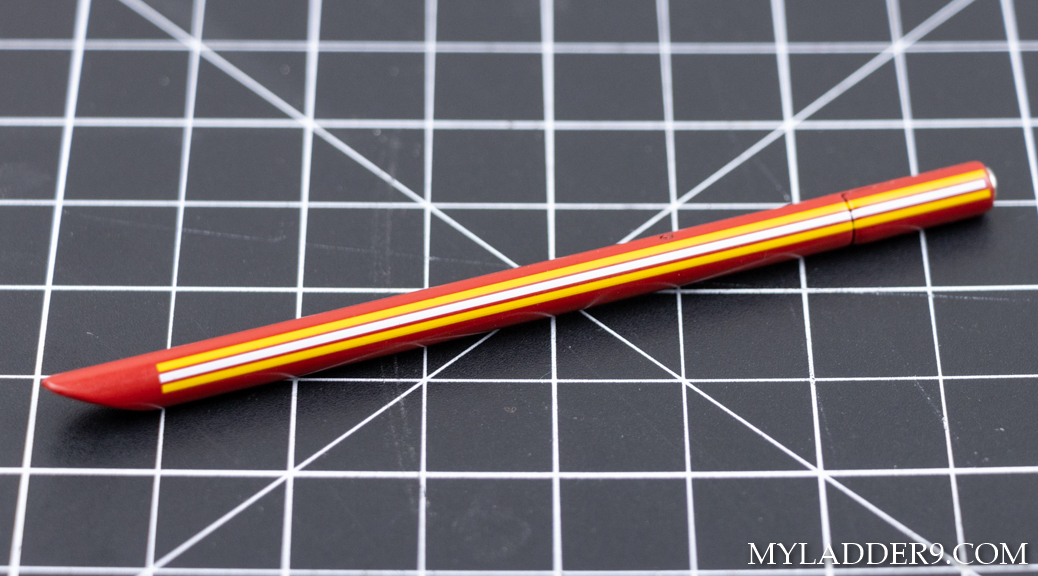 The Midsection Base is a big chunk of metal and is quite heavy. As it sits right under the ladder turntable pivot point, I believe it is meant to keep the truck upright when the ladder is extended up and off to the side. Keep this tool stored somewhere safe until then.