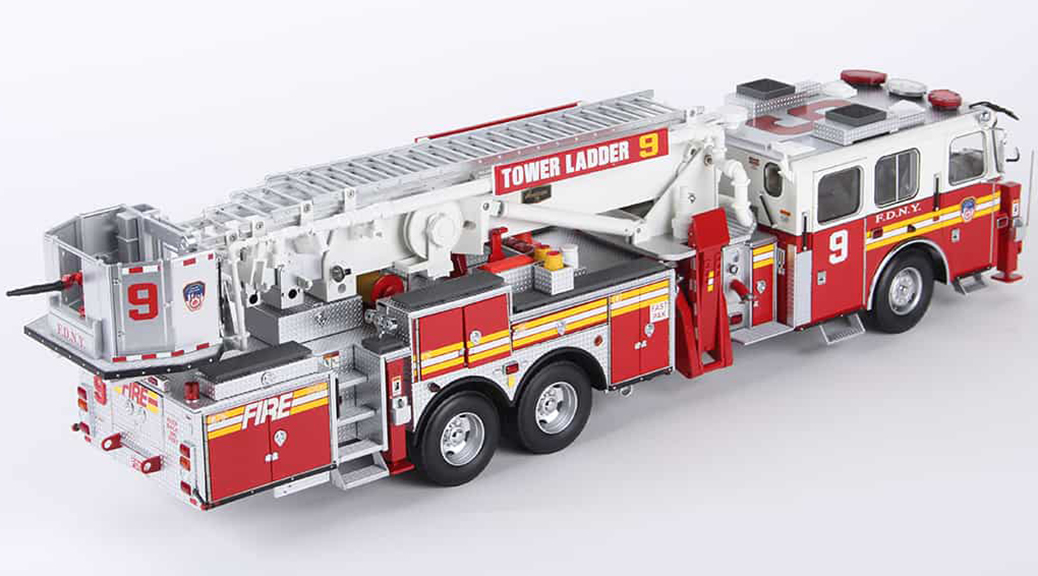 As a firefighter myself back in the late 90s/early 2000s, a model like this 1:24 scale FNDY Tower Ladder 9 is very dear to my heart. Even as a kid I have always been fascinated by fire fighting apparatus, and I was excited every day to ride everything from a Seagrave like this to E-Ones and Pierces. They are all beautiful machines specifically designed to save lives and property.

When I heard this partwork was coming out from Agora Models, I did a bit of research and discovered that this model was originally released back in 2008 by DeAgostini. That release appears to only have occurred in Italy. However, I am sure the good people at Agora will put their own touch on it and improve everything about it, including the assembly instructions. And, Agora ships around the world!

As for the real truck, the current FNDY Tower Ladder 9 is a 2013 Seagrave Marauder II 95′ Aerialscope mid-mount (ST13001N). It is stationed at “Bowery U” alongside Engine 33, Purple K Unit 33, and CPCL 9 on Great Jones Street in the West Village part of Manhattan, NY. 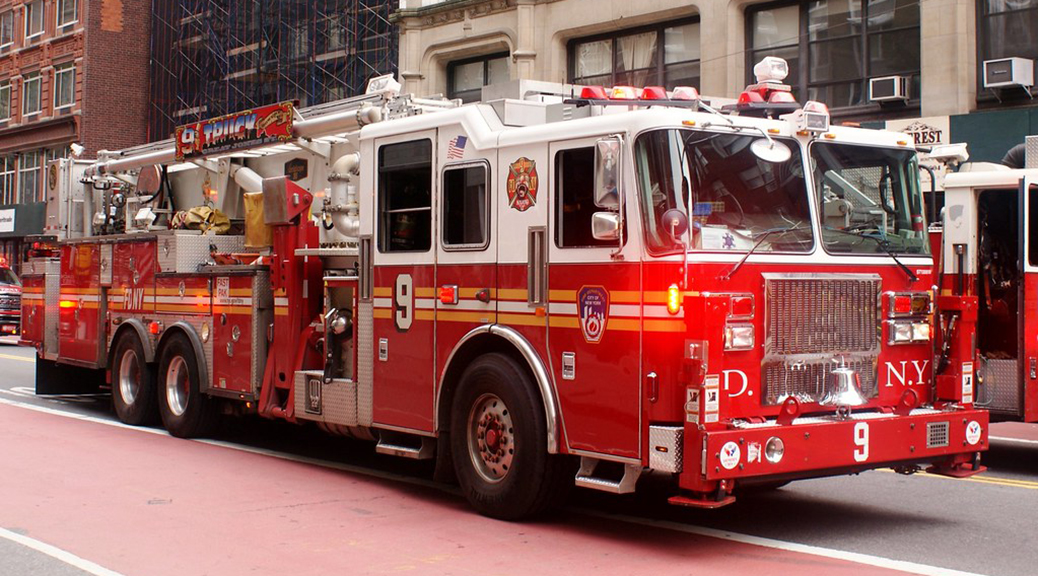 However, as this build is an older partwork from 2008 being released again, it explains why we are building a replica model of the 2001 Seagrave 75′ Aerialscope (ST010007) of FDNY Tower Ladder 9.  Note the differences on the 2001 version here, such as the flat roof and rear deck, triple vs. quad headlight clusters, and the older light bars. Also note, this picture is of a 95′ Aerialscope chassis: 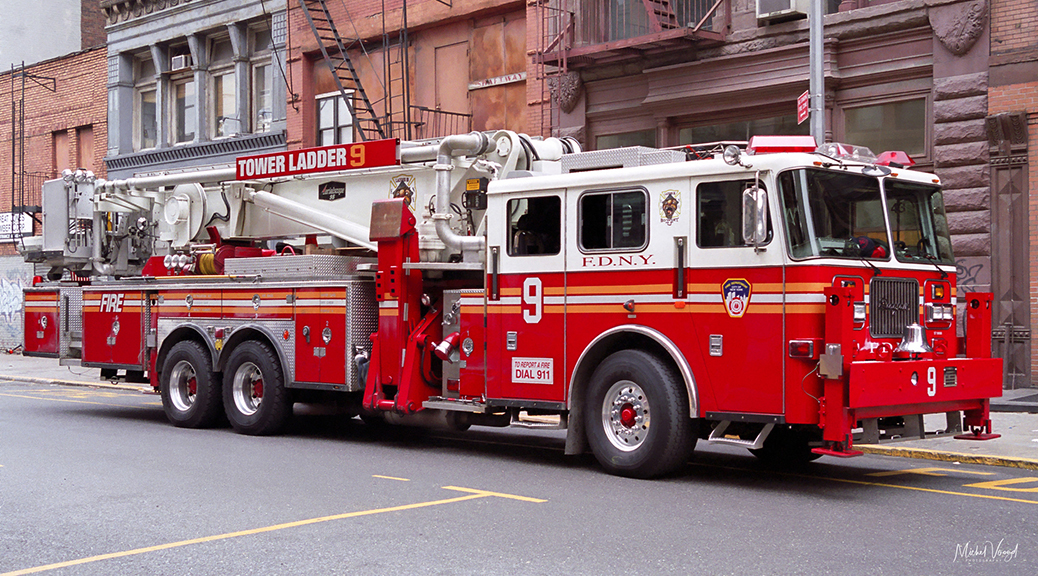 Going even farther back, here is the 1999 Seagrave Aerialscope rig (ST99006) that was mostly destroyed during the tragic events of September 11, 2001. The ladder boom from that truck was able to be re-used on the 2001 model we are building: 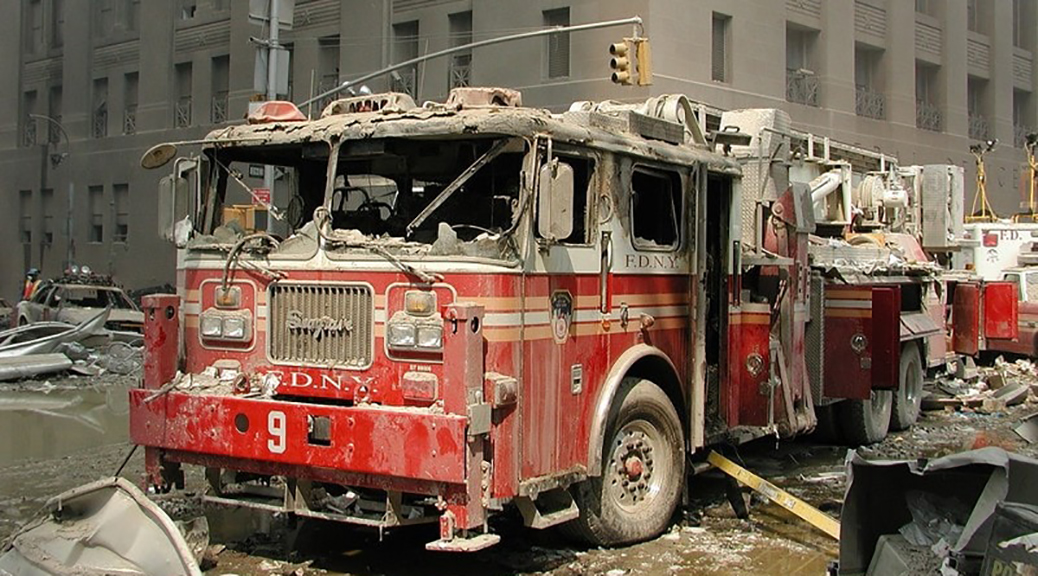 A nice benefit to signing up for this partwork is that Agora makes a charitable contribution to the FDNY Foundation for every model sold. I am truly looking forward to creating my own replica of this piece of firefighting history and supporting a great charity at the same time!

Agora Models is honored to share in the support of New York’s Bravest by producing a 1:24 scale replica model of Tower Ladder 9, a Seagrave 75′ Aerialscope Fire Truck. This iconic City of New York fire truck, in service between 2001 and 2013, is faithfully reproduced in die-cast metal and ABS with a host of functioning parts: 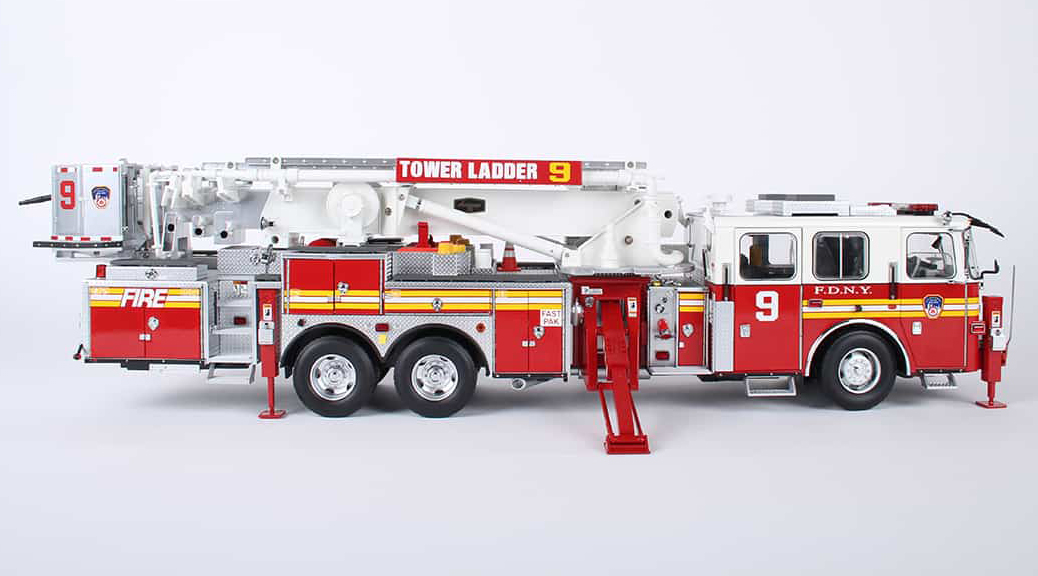 The tilting Aerialscope tower ladder platform sits at the end of the rotating boom which extends to a whopping 31″ (80 cm): 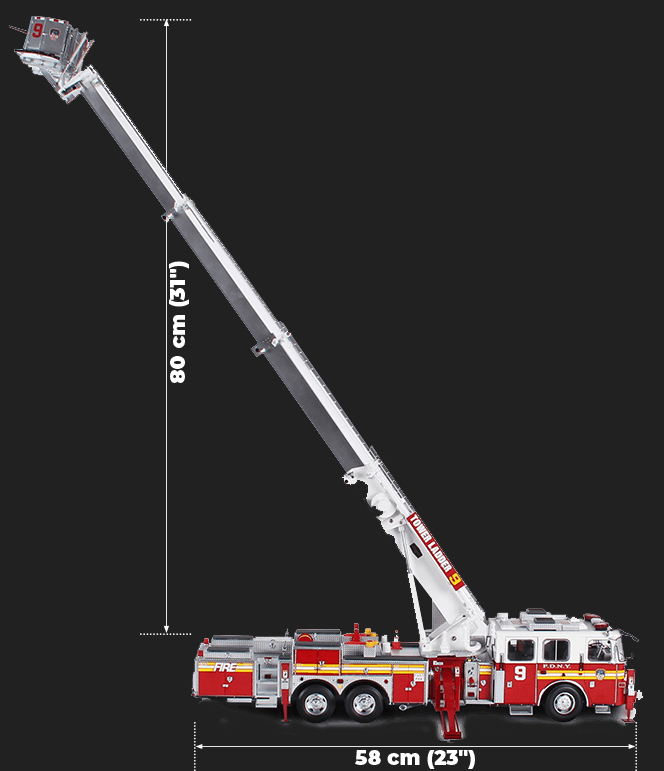 The buttons on the dashboard operating the characteristic horn, siren, and lights will bring your intricately detailed fire truck to life: 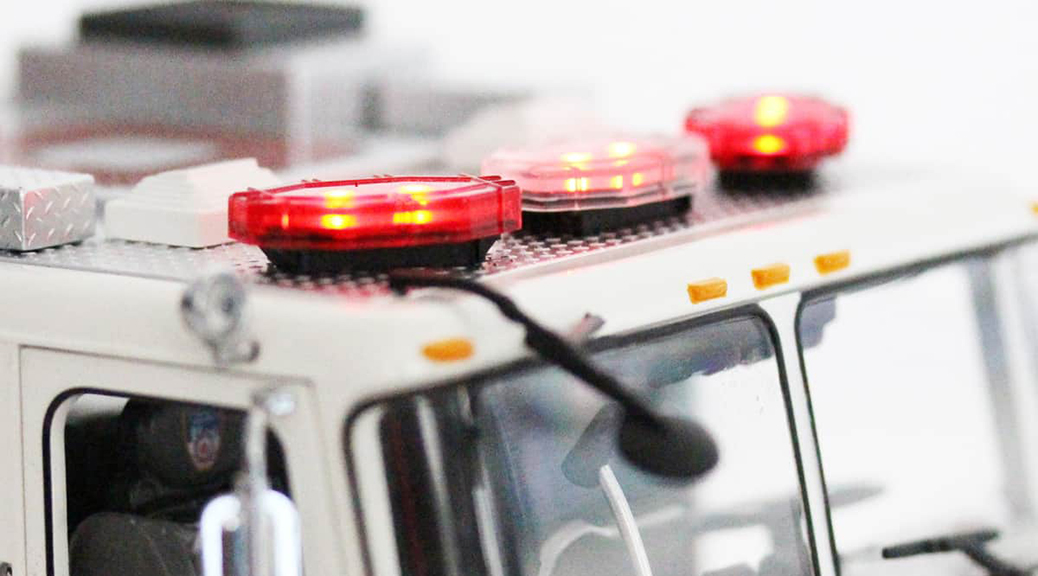 All the doors and storage compartments open to reveal tools used by the FDNY on rescue missions. Even the window winders operate to let in some fresh air: 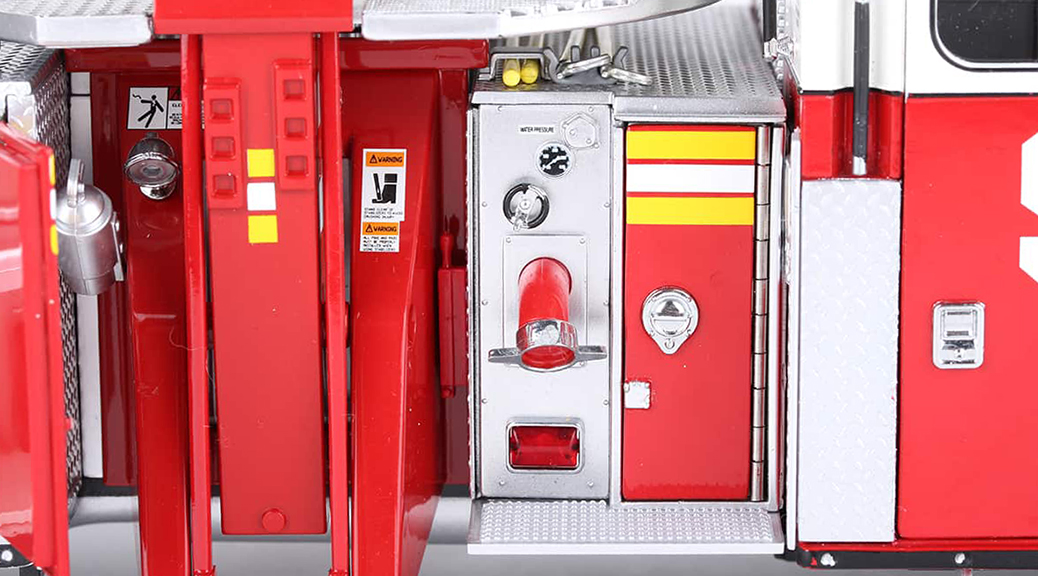 Finally, each model comes with a diorama representing the inside of Ladder 9’s station house for you to add an authentic finishing touch to your completed fire truck display. This picture is a digital mockup of the diorama and may be different to the final product: 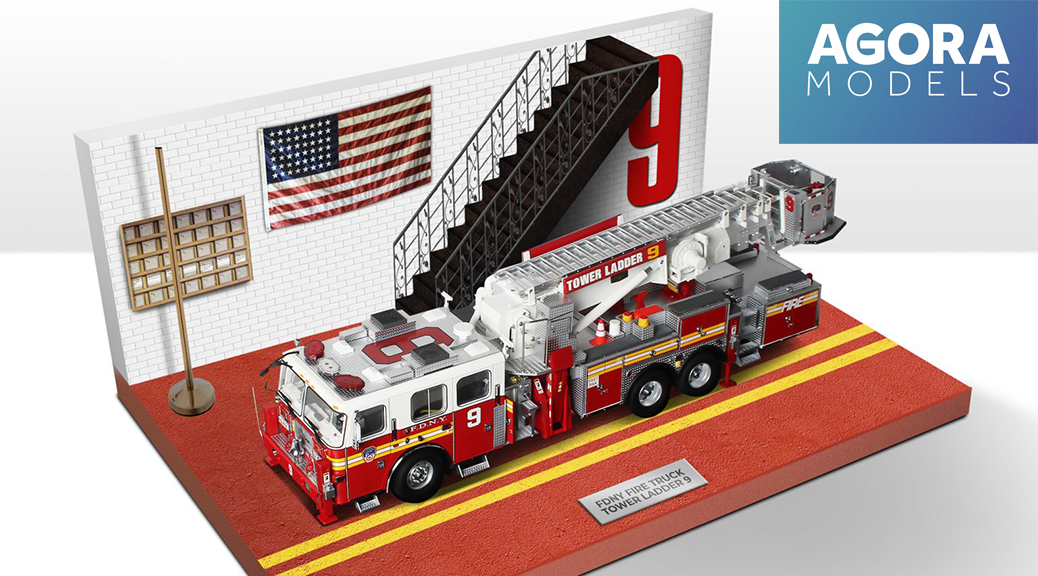